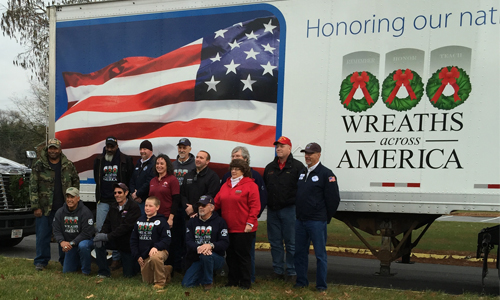 It’s safe to say the final leg of the Escort to Arlington journey went smoothly and everything went off without a hitch. In fact, some may even say the trip was wildly successful. Maybe “wildly successful” isn’t the right term for such an emotional and at times, somber, week. However, if you measure the trip in terms of whether or not the Wreaths Across America mission to, “Remember. Honor. Teach.” was realized – “wildly successful” would be an accurate way to describe the 2014 trip, at least from Oakhurst’s point of view.

In 2013, the Wreaths Across America organization had the intention of laying wreaths at every single grave in Arlington National Cemetery. Unfortunately, they did not get enough wreaths sponsored and as a result, only laid down as many wreaths as they had in their possession. After the last wreath was put down that day, Wreaths Across America Chairman of the Board, Wayne Hanson wanted to pay his respects to those markers that did not have a wreath. As he was walking a woman tapped him on the back and asked, “Why don’t you have one for my son?”

This year, along with Morrill Worcester, the founder of Wreaths Across America, Hanson made sure every hero laid to rest in Arlington National Cemetery was honored. When the end of the journey was approaching and it looked as though there weren’t going to be enough wreaths to meet their goal, Worcester matched every incoming “sponsorship” until they received enough wreaths to fill the entire cemetery.

We caught up with Joe Masse, the Oakhurst truck driver, after his long journey and he was bursting with pride (and even a few tears at times). He was proud of the other drivers in the convoy, who all shared what the WAA experience meant to them at the final dinner the night before making the delivery to Arlington. 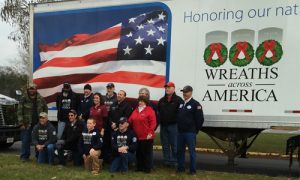 He was proud of the fact each ceremonious stop along the way had more gracious people in attendance than the year before. 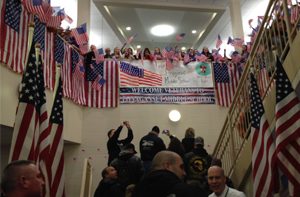 He was proud of his grandkids who volunteered at the wreath laying ceremony in Arlington and made sure they took a moment to understand the lives of each of the individuals they were honoring. 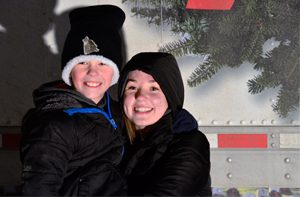 And finally, he was proud that on the 150th anniversary of the first fallen soldier buried there, every life laid to rest in Arlington National Cemetery was honored with a wreath. 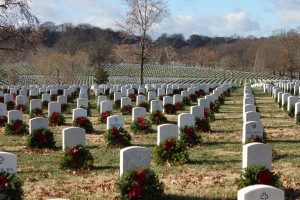 The reason the organization gains momentum year after year is because of dedicated people like Joe Masse who not only return as volunteers each year but truly understand how important this cause is.

“I never served for our country, so this is how I can serve.” Joe said. And “serve” he has, by embodying the Wreaths Across America mission to “Remember. Honor. Teach.”

Feeling like you missed out this year and want to sponsor a wreath or volunteer at Arlington next year? Find out how you can do your part by visiting http://www.wreathsacrossamerica.org/#join-us.